Since my son Alex is on a mission in Japan, I have been looking at Japanese recipes and saving some to make. None of them have ingredients like pig uterus or octopus like he has sent photos of. This one at Just One Cookbook didn't look very different than a stir-fry with noodles like we're used to, so I added this one to my menu. Then Alex actually mentioned that if we want to eat what he eats, we could try yakisoba, so I knew we had to try it.

It looks a lot like ramen, but the seasoning is quite different (and good) and the noodles are soft, not crunchy. You can find Yakisoba noodles in a package with seasoning packets in the produce section with the won ton wrappers, at least in my grocery stores.

Nami, on her blog, used dried green seaweed and pickled red ginger as a pretty garnish, so you may want to, but I didn't use them. I chose beef as our meat, but it would be great meatless too. 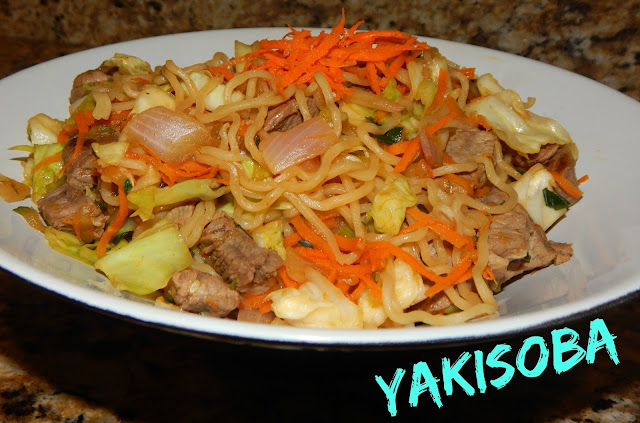