Next week will be Alex's one year mark on a mission, even though the first 2 months were in the Provo MTC. Still he was gone from home and he was working hard. In many ways I can tell through his letters that he's the same, but in others I can really tell that he's grown and learned so much about life, people and the gospel. I'm so glad that he has this opportunity to prepare him for so much that life will throw at him in the future. A year and a week left.

Part of Alex's letter to me:

God truly doesn't care what background we came from, what we've done in the past, or anything like that. If we truly turn to him, he will forget the past and say to us, "look at what you can become!" We too must do, as with all the commandments God gives us, as He would to all men. Not only does that mean those around us, but also ourselves. There is no need to look back and regret continually the past, because if we say within ourselves "I could have done better if I went back," that means that we have improved. I could say so much about that, but that is all I will write. 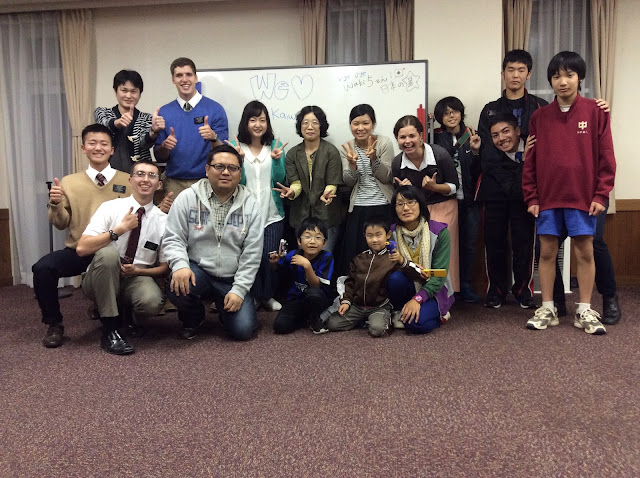 His letter to everyone:
Now I know the subject "Video Game Missionaries" sounds like AWOL missionaries, but let me explain. I am a video gamer, and therefore I have a very video game oriented mind. As I was biking around this week, I was thinking about the effect of missionaries. This caused me to think of video games that have different classes, one of which is a "cleric" in medieval themed games. To those who watch the game, cleric class players often seem like they don't do anything at all, only fight for themselves when they absolutely have no other choice, and seem to run around all willy-nilly. But in reality, wherever they go, they go for the purpose of healing the team, and keeping them alive.

Missionaries are quite similar if you ask me. Most people would probably wonder exactly what it is that missionaries do, and the whole thing might seem pointless. But ours is a healing work, and wherever we go, we are to heal all those who come close to on the human team. That doesn't mean that we full-time missionaries are the only ones who do this, for every member is a missionary. We are all called to help save this world that is dying in the middle of enemy territory, and we do that through love, even the love of Christ.

The kanji of the week is: 悪魔 pronounced "ah-coo-mah" and means devil.

This week is really fuzzy in my head, so don't be surprised if this week isn't as detailed as usual. Monday, I don't have anything to say about the preparation day part, and in the evening we went to dinner with a less active member, and played ping-pong at the church with a spiritual message at the end. Tuesday we went to lunch with an english student, and after that the rest of the day was spent cleaning up our investigator Brother Yamamoto's house. It is really dirty, and we only got a part of the garage cleaned out, but it now looks a lot better than it did, and we have place set up to sit and talk and stuff like that. 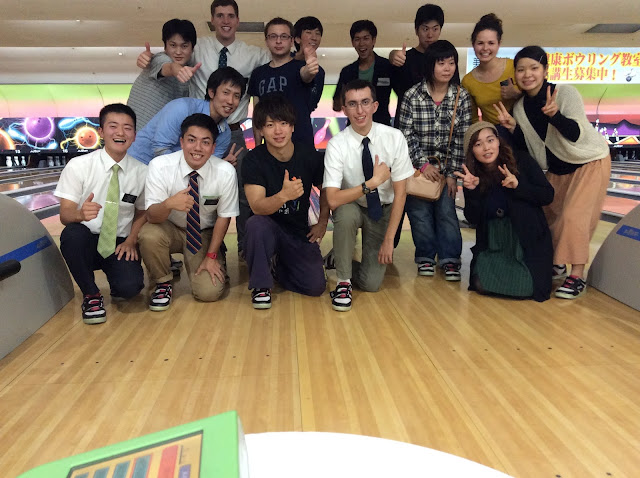 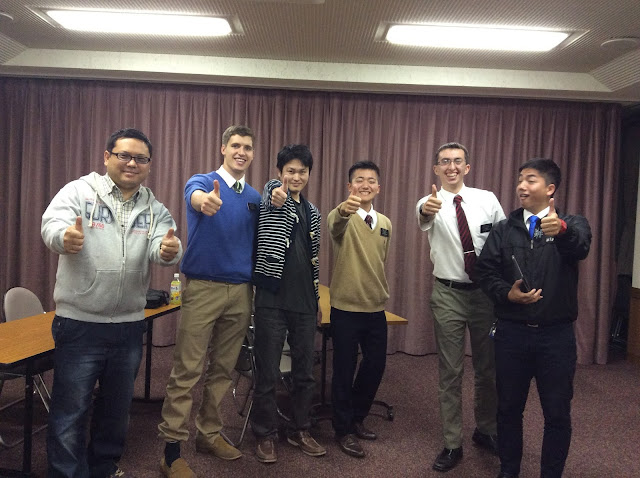 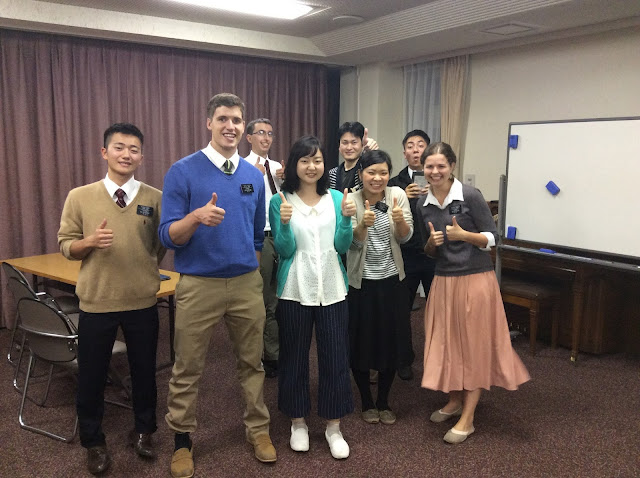