I was reading through my notebook where I take notes from all the conferences and meetings I go to and was reminded of such beautiful things I've heard from so many people. It's Christlike Communications from the October 1988 General Conference by L. Lionel Kendrick, now emeritus general authority. I was introduced to this talk by Brother Barrett at a BYU Women's Conference. Unfortunately, I didn't write his full name and I didn't write the year, so I don't have more information than that.

For the natural man is an enemy to God, and has been from the fall of Adam, and will be, forever and ever, unless he yields to the enticings of the Holy Spirit, and putteth off the natural man and becometh a saint through the atonement of Christ the Lord, and becometh as a child, submissive, meek, humble, patient, full of love, willing to submit to all things which the Lord seeth fit to inflict upon him, even as a child doth submit to his father.

We are told that we should "yield to the enticings of the Holy Spirit" and that "through the atonement of Christ the Lord" we can change from a natural man to being Christlike and childlike in every way, including, as the class was about, in our relationships with a spouse, children, parents, siblings, friends, co-workers or anyone.

In 3 Nephi 11:29, it is very straight-forward in telling us that contention is of the devil. It doesn't say, if you are right, it's okay to fight until the other person sees it your way.

For verily, verily I say unto you, he that hath the spirit of contention is not of me, but is of the devil, who is the father of contention, and he stirreth up the hearts of men to contend with anger, one with another.

This scripture follows the direction to the Nephites on how to baptize and is giving this direction on how they need to be united. Because it is a commandment and part of the baptismal covenant, Brother Barrett taught, we are empowered to do the 4 things that L. Lionel Kendrick says are necessary in practicing Christlike Communications.

I love how he opens his talk, speaking of the importance of communication.

"Heavenly Father has given us a priceless gift in our capacity to communicate with each other. Our communications are at the core of our relationships with others...Our communications reflect in our countenance. Therefore, we must be careful not only what we communicate, but also how we do so. Souls can be strengthened or shattered by the message and the manner in which we communicate."

I'm sure we have all been uplifted by someone's words to us and we have also felt hurt by other words. And the words we use will be recorded.

"We will be held accountable for all that we say. The Savior has warned 'that every idle word that men shall speak, they shall give account thereof in the day of judgment.' (Matt. 12:36.) This means that no communication shall be without consequence. This includes the slight slips of the tongue, the caustic communications that canker the soul, and the vain, vulgar, and profane words which desecrate the name of Deity."

This is a good incentive, besides the pain we could cause to others, to choose our words and tone with care. Those who think they can say whatever they are feeling, hurt others, and blame the other person for "taking it the wrong way" will see someday that they are accountable. It is still our choice to be offended or not, but that doesn't let them off the hook. 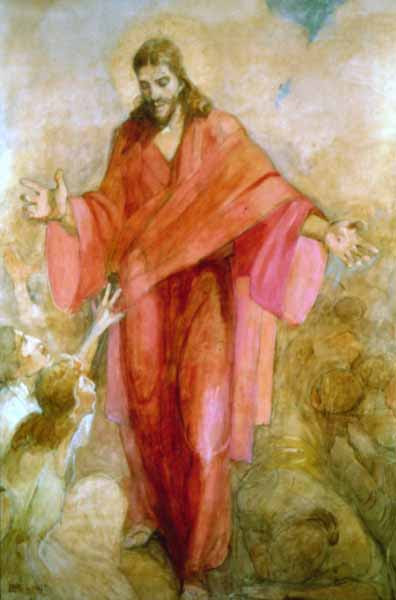 He lists four NO's of Christlike Communication, which I have written in the order Brother Barrett discussed them in class, not the same order as Elder Kendrick

1. No lying. "To lie is to be untruthful, deceptive, deceitful, and dishonest."
I've been talking to my children a lot about the sin of lying lately because it seems I have seen it so much around me lately and it makes me sad to see so many people who think it is a little thing.

Brother Barrett mentions that lying is not just an outward telling of an untruth, but keeping something from someone in an attempt to deceive, making promises that we don't keep and not following through on our end of a deal, however small that deal may seem.

Besides it being hurtful and a sin, when another person knows that we are dishonest, it "minimizes our power of influence" on that person, as Brother Barrett pointed out.

2. No anger "This is perhaps the most common form of un-Christlike communication. Anger causes anguish to the souls of all of those who experience the feeling as well as to those who are the recipients of this emotional explosion. Anger shows a lack of self-control and an inability to relate in a righteous way to others".

3. No criticizing. "This caustic communication is cruel, and it tends to crush the character of all of those about whom it is directed." Brother Barrett reminded us that we are to inspire people to change and to help them lovingly see problems and correct them, but not bring them down. He talked about sarcasm as "humor wrapped in barbed wire" and said that it is not a good way to communicate.

4. No blaming. "This is a condemning communication... It has been from the beginning and it will be till the end that the natural man will have a tendency to rationalize and to blame his behaviors on others or on certain circumstances. When we attempt to place responsibility for our choices on others, we are responding in a less than Christlike manner."

Finally, Elder Kendrick's words at the end of his talk are beautiful and can help serve as a guide.

"Christlike communications are expressions of affection and not anger, truth and not fabrication, compassion and not contention, respect and not ridicule, counsel and not criticism, correction and not condemnation. They are spoken with clarity and not with confusion."