This time I only have funnies from Elisa and Sabrina. I'll have to try to get some from Alex for next time. 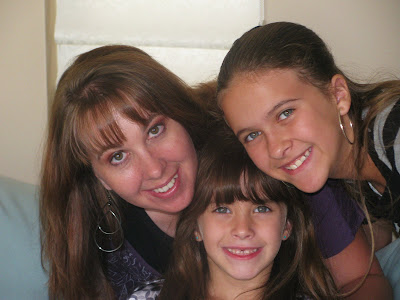 The day after the re-dedication to the pioneer cemetery we went to last month, Elisa asked, “Is there another meaning to the word constipated?” I told her sometimes people use it to mean something that is very slow or too crowded, but not often and I was wondering what she was thinking of. Then she said, “They said it at the cemetery. Luckily I quickly realized she was thinking of when they said consecrated and I got to explain it. Hopefully she’ll remember the word next time we hear it at church so a strange picture doesn’t come to her mind.
Some of my readers may have actually read one of my July posts where I explained how Sabrina got cut on her foot and then hid in the bathroom crying in pain so she didn’t get in trouble for not sitting at the table and eating her food. A few weeks ago, Sabrina came to me and showed me an “owie” and said, “Look what happened. (And she explained what happened.) See, Mom, I learned I don’t have to suffocate alone.” Well, she learned most of the lesson. I told her she didn’t have to suffer alone, but I don’t want her to suffocate alone either. 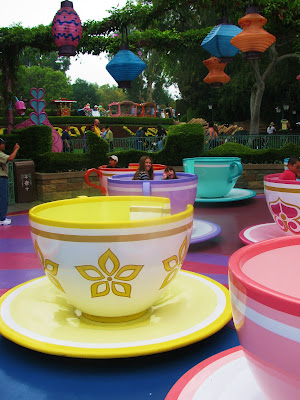 When we were at Disneyland earlier this month, Sabrina was so excited about it she said to Elisa, “I’m so happy I just want to squeeze you like a pineapple!” None of us can figure out why she thinks we should squeeze a pineapple.
at August 23, 2009

Email ThisBlogThis!Share to TwitterShare to FacebookShare to Pinterest
Labels: family