This part is from his letter to me before he wrote the mass email so some of it is repeated.

I am transferring, and I'm going to a place called Aizuwakamatsu. It's a mouthful, I know. My companion is going to be Elder H., and I will have two more Elders in the apartment: Elder O. and Elder B. if I remember correctly. There are also two sisters in the district. The "biggest" news, is that I'm going to become a district leader there. It will be my first time, and I'm sure it will be an adventure.

They are doing transfers differently now, and we will be told our companion and area over the phone, and will go to our area as fast as we can. I leave tonight, so that's why I had to finish packing before writing. 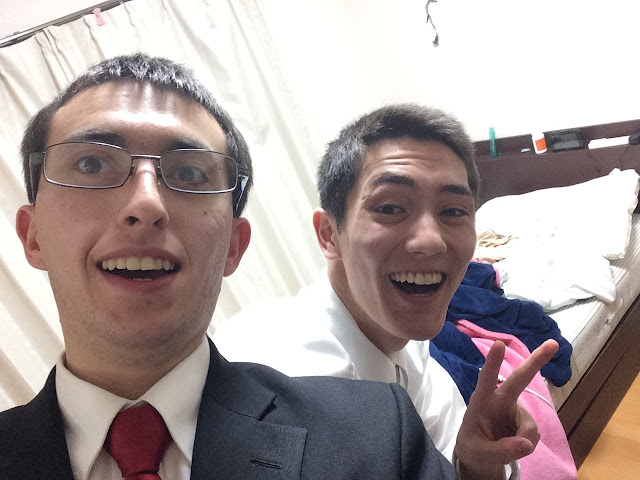