It's not what you were thinking. This post is about a new, original musical playing right now in Provo that I got to see yesterday. I love plays, but I don't like to watch the same ones over and over so when I heard this one was original, I was happy. And I really like to support local talent and Stephen Gashler, the playwright, is, along with the cast and crew and director Adam Cannon.

"In the rip-roaring 1920s, a daydreaming businessman named Edward feels trapped amid the hustle and bustle of city life. Inspired by the example of Dirty Dan, the self-proclaimed 'king of the bums,' Edward wants to forsake the rat race, but going against the grain brings on the resistance of his fiancee, his family, the corporate world, and a political machine. Why won’t society just let him be a bum?" 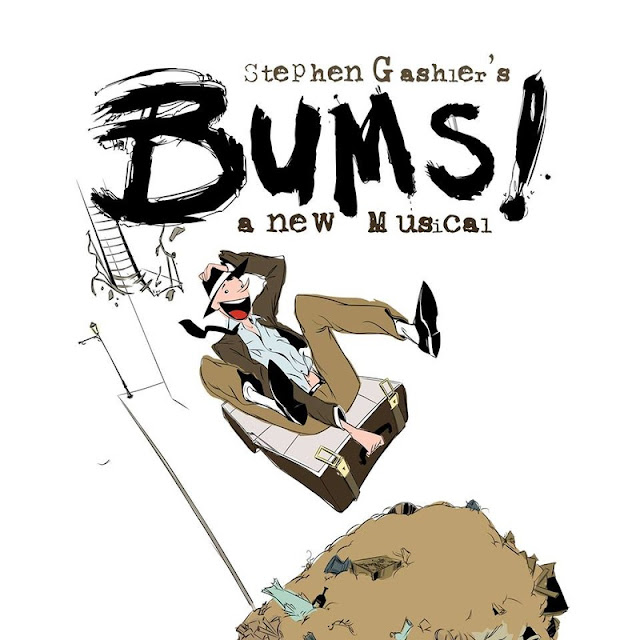 I do have to mention that I know Jennifer Mustoe who brillantly plays Beulah Brummel, running for office and wanting to clean up the streets, with her daughter always close behind (Beulah's daughter, not Jennifer's). And I have to thank Jennifer to letting me know about the play. 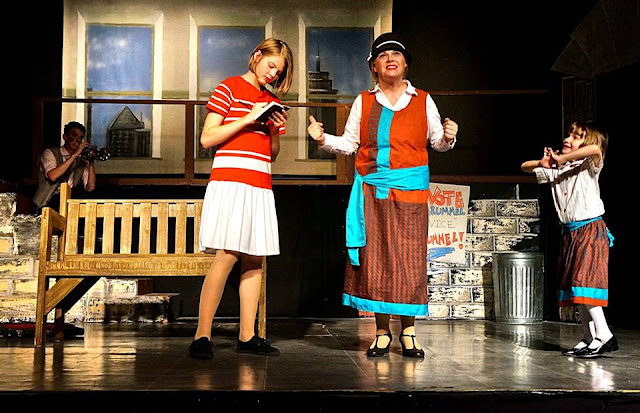 The play was lots of fun with many laugh out loud moments and catchy songs and energetic dancing. You can even buy the soundtrack to keep enjoying the tunes at home. 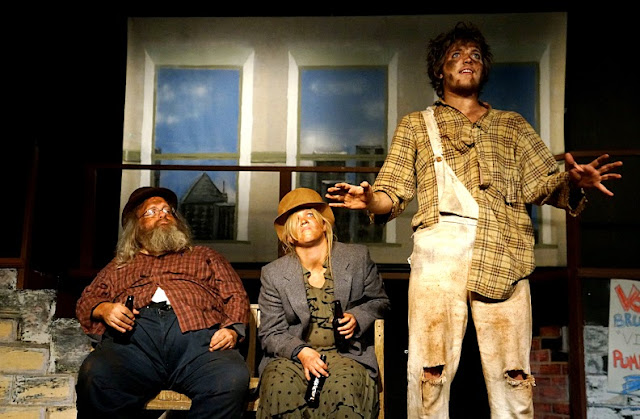 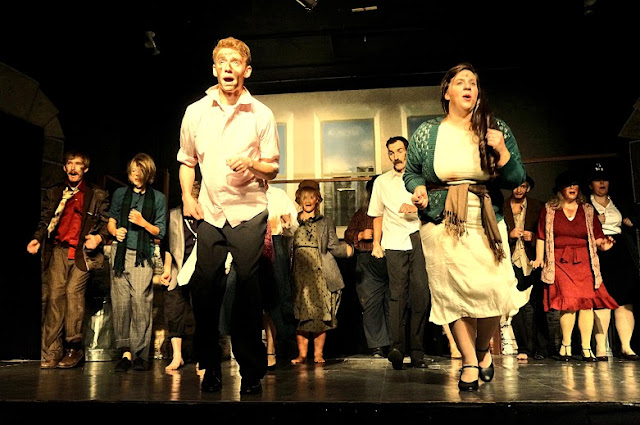 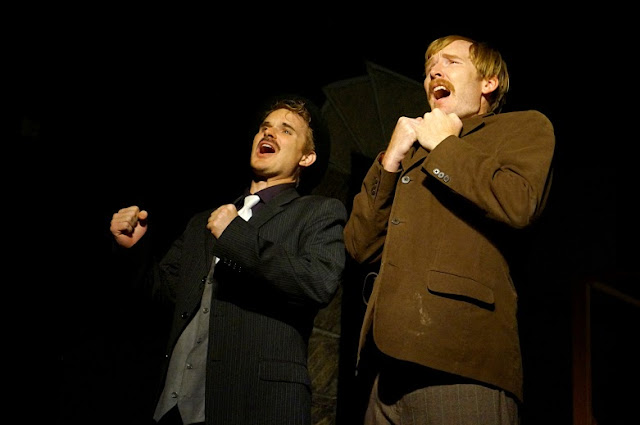 You can listen to music from the play HERE.

Bums! is playing at Echo Theater 15 N. 100 E. Provo. Just go up the stairs when you walk in and the box office is right behind the wall. You can buy the tickets online HERE or at the box office. The building is just south of La Dolce Vita and east of Los Hermanos. So make a Provo night of it and eat at a great restaurant and then drop by the theater for wonderful laughs and music and take a big group of family or friends for a fun night together. Then come back and tell me what you thought of it! 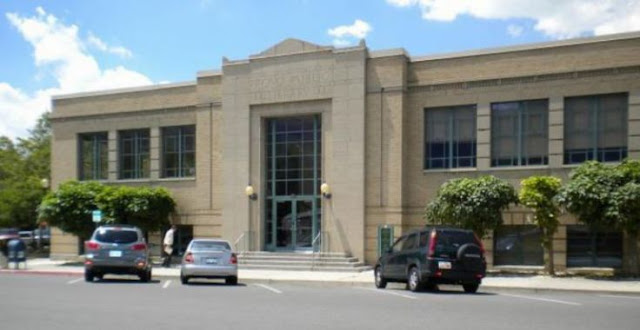 AND I'm not done yet. If you or someone you know is looking for a FREE, fun musical for your school or community theater to perform, Stephen Gashler is allowing you to produce it with no royalties or fees to help get the word out about it. Here he is to tell you about that:

So stop by Echo Theater for a fun night before it's over. There are performances every Monday, Thursday, Friday and Saturday until October 3. Hurry!